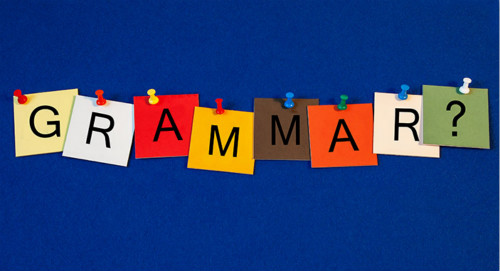 The standard Chinese grammar is relatively simple compared to the grammar of Germanic and Romance languages. Learners will find it much easier to learn Chinese upon knowing that there are no conjunctions in Chinese such as are found in other languages. Chinese verbs have fewer forms than English verbs, and nowhere near as many irregularities. A simple verb form applies to anybody, singular or plural; and also applies to any time range: past, present or future. Chinese grammar relies heavily on word order which is quite fixed. The word order of a statement sentence is mostly the same as word order in English. The common patterns are Subject+Verb+Object, e.g. “I speak Chinese”, “Wǒ shuō zhōnɡ wén ”. In English, when asking a question, the question word is always placed in the beginning of the question sentence and reverses the order of the predicate verb and the subject noun, e.g. “What do you speak?” Whereas in Chinese, both a statement sentence and a question sentence keep the same word order. In Chinese, “What do you speak” is structured as “You speak what?” / “nǐ shuō shén me？”

In English, all adverbial phrases such as time, place, manner and purpose of doing things, with whom one does something, etc. are mostly placed at the end of a sentence, e.g. “I will come tomorrow”; “I am going to study Chinese in Beijing”; “I like to speak Chinese with Chinese people”. In Chinese, these adverbial phrases are always placed after the subject and before the verb, with time phrases as an exception, which can occur either at the beginning of a sentence or after the subject and before the verb, depending on the degree of emphasis of the time phrase in the sentence, e.g. “I tomorrow come” or “Tomorrow I come”; “I in Beijing study Chinese”; “I with Chinese people speak Chinese”. These are just a few examples of differences, many learners of Standard Chinese find that Chinese, especially standard spoken Chinese, is not as hard for a non-native speaker to learn as one might imagined.

Although many people believe that Standard Chinese grammar is relatively simple compared to grammars of other languages, it is still in the process of being perfected and learners need be paying special attention to some rules that are different from English and other Germanic and Romance Families of languages.

The following are a few things that learners of Standard Chinese need to know before they start learning the language:

1.Chinese nouns always keep one form and there are neither singular nor plural forms.

3.Standard Chinese is not a tense language and thus Chinese verbs do not indicate past, present or future. Tense are expressed by using additional grammar words that are called parties, time adverbial phrases or simply the context. The grammar word indicating a completion of an action or past even can be placed at the end of a sentence if the object in the sentence is a simple or single one without any modifiers. However, the grammar particle has to be placed right after the verb in a sentence if the object in the sentence is no long simple or single where there are one or more modifiers before it.

4.Preposition such as “at”, “on” are normally not used before Chinese time adverbial phrases, e.g. “My friend this weekend arrive”; “They morning 10”00 o’clock have Chinese class.”