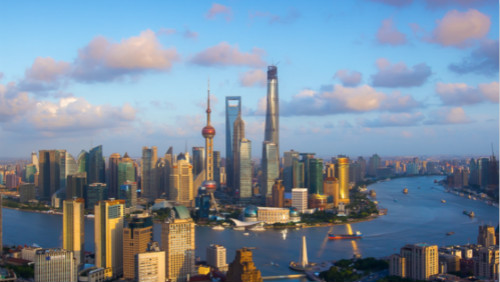 ‍‍‍‍‍‍The Chinese language is the chief language of China, and also one of the most popular and developed languages in the world.

China is a country consisting of 56 nationalities, and has a population of 1.3 billion. Before China opened its door to the outside world in the late 1970s, many people in the West believed that Chinese is one language or Chinese language is Cantonese. In fact, Chinese is not just one language, but a family of languages and Cantonese is just one of the seven major dialects of the Chinese language. Although different dialects differ immensely in pronunciation, they share the same written form. The seven modern languages of China known as dialects are growing on the branches of the Chinese family cultural tree deeply rooted in the land of Confucius. They share as strong a family resemblance as do English, German, French, Spanish, Italian, Portuguese, and are about as different from one another. ‍‍‍‍‍‍

The standard Chinese spoken nationally is based on the pronunciation of the Northern dialect which is spoken by over 70 percent of the population. It is known as “Putonghua”, which literally means common speech in the People’s Republic of China; Guoyu or Huayu, which literally means National language in Taiwan, Hong Kong, Singapore and other overseas Chinese communities, and Mandarin Chinese in English speaking countries. Many Chinese use the term to describe the Chinese language as Zhongwen or Hanyu. Both Zhongwen and Hanyu are literarily interchangeable and are more often used by native Chinese speakers than Putonghua or Mandarin when they ask non-native speakers if they speak Chinese. Putonghua, based primarily on the Beijing dialect but takes elements from other Chinese languages it tougher in schools and spoken by television ad radio broadcasters throughout China, and it is the spoken language which is most understood by Chinese speakers. However, it is often with some concessions to local speech and accent, particularly in pronunciation.

Compared to the other six Chinese languages, Putonghua has fewer tones and fewer final consonants. These six Chinese languages, known as six major Chinese dialects, are mainly used in regions south of the Yangtze River valley. They are, the Wu language which includes the Shanghai dialect; Hunanese which is officially known as Xiang; the Gan language which is mainly spoken in Jiangxi Province; Cantonese/Guangdong language which is the language of Guangdong province, Hong Kong, Macau and also in widely spoken in Chinese communities in the United States, Europe and other Asian and Southeast Asian countries; Fujianese dialect, which is officially known as Min language and is spoken by people of Fujian Province and Taiwan; and Hakka/Kejia, which is officially known as Kejia dialect and is spoken by people living in a region north and northwest of Guangdong Province as well as by a minority in Taiwan. The last three mentioned dialects, Cantonese, Minnan and Kejia, are all widely spoken throughout Southeast Asia.